Our work is not done. 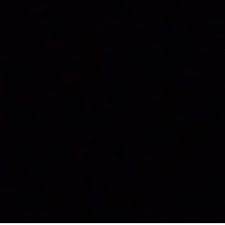 40 minutes before the Dereck Chauvin guilty verdict was announced, Ma’khia Bryant, a Black 16-year-old girl in foster care, was shot and killed by a police officer in Ohio. She was involved in a fight at her care home and the police were called. Foster youth, who have been abused and severely neglected in their childhoods, sometimes express their trauma in ways that make others feel uncomfortable and unsafe. The act of calling the police in these moments leads to the criminalization of these children across our country.

Because of a disagreement at her care home, and the lack of supports and resources to mitigate it, the police were called and Ma’khia’s name was added to a long and growing list of people of color who have been killed by the police. Foster children should be able to safely grow up in a system that helps them flourish. Instead, we are mourning this teen because the system defaulted to calling the police and how the police responded. CASA of Santa Cruz’s commitment to fighting for systemic change in our foster care system has been renewed, as has our commitment to working toward an anti-racist society.

When George Floyd was killed last year we at CASA of Santa Cruz County responded by looking internally at ourselves as individuals and as an organization. We concluded that our own internal structures did not reflect our commitment to equity. We, like so many others who work with children who have been abused, were not being led by the voice of our foster children.

Change starts with us. Therefore, CASA of Santa Cruz is committed to overhauling our internal structures to promote equity so that we are not perpetuating the problem. We are examining our policies, procedures, hiring and promoting practices and are learning to share power. We will be using our resources so that the voices of our families and youth are heard above our own. Over the coming year, with our Board of Directors, we will develop ways to hold ourselves accountable for achieving these goals. We are committed to the lifelong journey of becoming anti-racist.

The guilty verdict for Derek Chauvin may have been a step in the right direction, but it will not bring back all of the Black and brown children, parents, brothers, sisters and friends who have died. We stand united with so many other agencies across the country doing the work to make our community safe for all people. Our work will not be done until all children are safe and growing up in an environment that allows them to thrive.