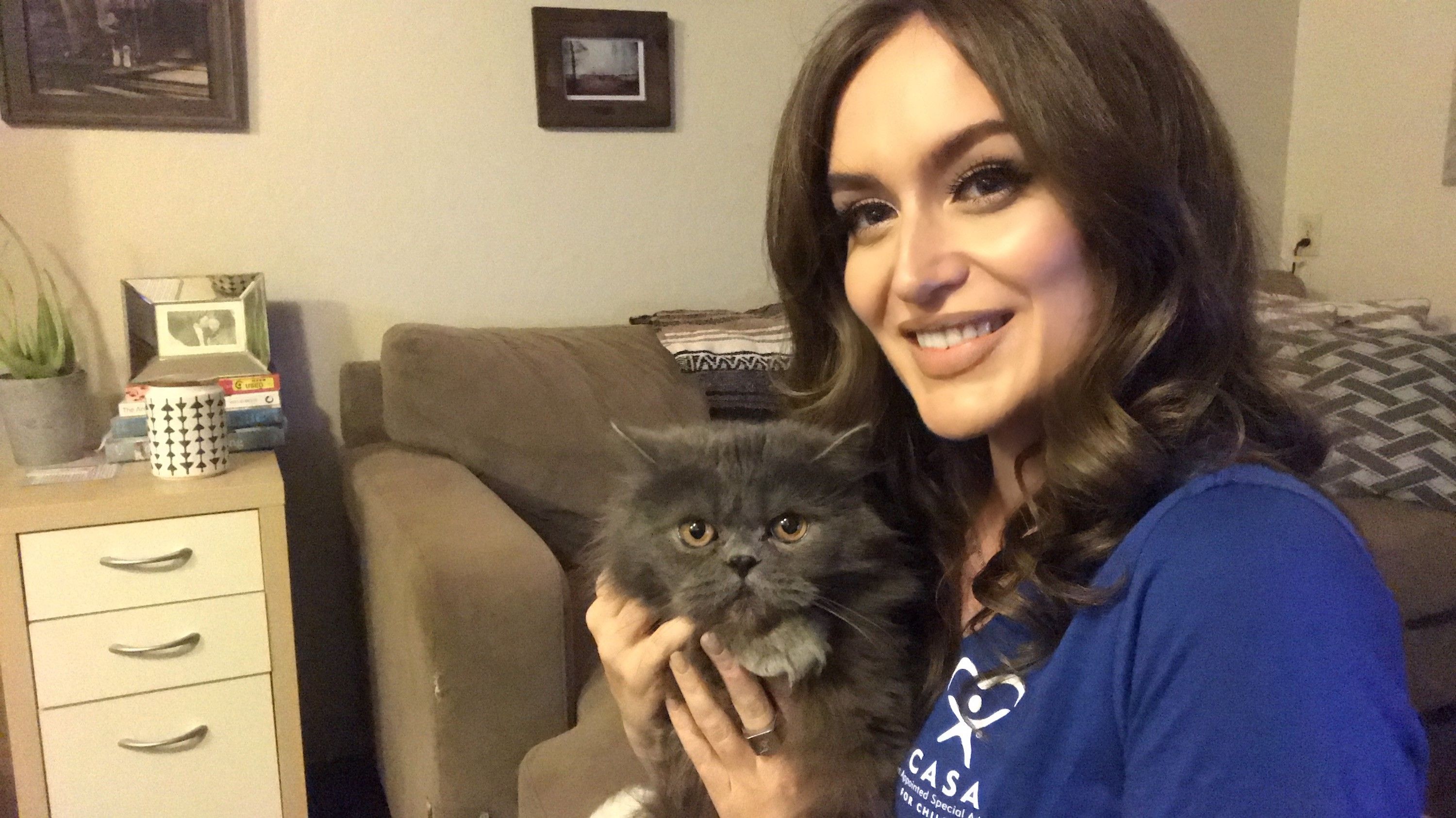 At CASA, we are always looking for ways to celebrate our amazing Advocates. In keeping with that intention, every month we will highlight the story and experience of one Advocate who is working with a child or youth. Every Advocate has a story, and we hope that by regularly featuring individual Advocates, we can honor the stories and experiences of all.
This month, we got to know Savanna Sandusky. Savanna has been an Advocate for almost 3 years. She was born in Alaska, grew up in Arizona, and has lived in California for the last 10 years. Savanna reflected back to dropping out of high school when she was 16, and working 14 hour days as a hotel maid, “the most exhausting thing I have ever done.”
Savanna said it was hard imagining being successful in Arizona, so she moved to California, where she eventually got a degree in Anthropology from UCSC. She now helps coordinate the fund development and communications programs for Dientes Community Dental Care.
Savanna took her first case 3 years ago, and has been with her youth ever since; her youth is now a young woman of 18 years, who has become a voice for other foster youth in our community.
Savanna says that what has been most valuable in this case is just being a consistent presence for her girl, helping her navigate through many different situations with many different people. She was also the holder of the young woman’s educational rights, and spent a lot of time going to her school and helping with enrollment and being present for IEP meetings. Savanna wanted to make sure she could continue being successful and graduate from high school regardless of several changes in placements and later continue her education in college. Savanna says she is beyond happy to attend her girl’s graduation this summer and will probably be the loudest person cheering in the audience!
When asked what has been the most impactful for her in being a CASA, Savanna talks about how amazing it has been to watch her girl become brave. When she first met her at age 15, her girl was “in a shell, so shy…I would order her food for her at restaurants because she was so shy!” Savanna has watched her grow into a strong, confident woman, who even stood up in front of 250 people this past fall at CASA’s annual fundraiser and told her story. “She is now an advocate for herself, and I get to witness that.”
During Savanna’s interview we learned that she has a cat named “Higo” which is Spanish for “fig.” She thinks that Higo is the cutest cat in the world. Seeing the photo of them together, we agree! She also said that when other people ask her for a fun fact about herself she usually says “I’m an advocate for a kid in foster care.”