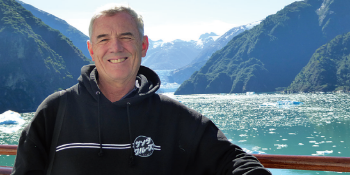 Joe joined our team to become a CASA in November 2016. He had a highly successful career with NASA and as a retiree, he wanted to contribute within his local community. He was paired with David who was eight years old when they met. David was removed from his home due to abuse and safety concerns and went to live first in foster care and then with his grandmother. He had experienced a significant amount of trauma and was struggling in school, and his school wasn’t sure how to manage his behavior. Joe spent time attending meetings at school to discuss what would be best for David. In addition, he would spend time with David at school when David’s anger got the best of him and the school was at a loss as to how to help. Joe showed up when times got hard and was really there for him. Fortunately, David is now thriving in a new school. He has made friends, improved his grades, and getting much better at controlling his anger. Joe appreciates the opportunity to make a difference with David and is so thrilled to see how well he is doing in this new situation. Joe and David spent time together doing a variety of fun activities. Joe helped David learn to enjoy physical activity, which was something new for him. They would go to the park together and play around with a soccer ball, or play baseball or basketball. While David resisted at first, it became something they both looked forward to, especially basketball. Joe also taught David how to play the ukulele, and they would play and sing together at the CASA house,sometimes with David’s sister and her CASA too. It was a real treat for the CASA staff as well. Joe really didn’t know how he was going to make a difference; he just knew he wanted to help. He has learned that simply being consistent by showing up each week is incredibly valuable. Joe says he has been so glad to have the CASA house as a place to bring David. It’s been a warm, comforting place for them to spend time together, a place of consistency, and the fact that it is across from the park where they can shoot hoops is ideal. Joe is also grateful for the connection with David’s family and being able to be a part of their lives. While David’s case is closed, they keep in touch and Joe remains a stable and consistent adult David can count on. Joe said he wanted to be useful, but we think he is so much more than that - Joe, you are terrific!