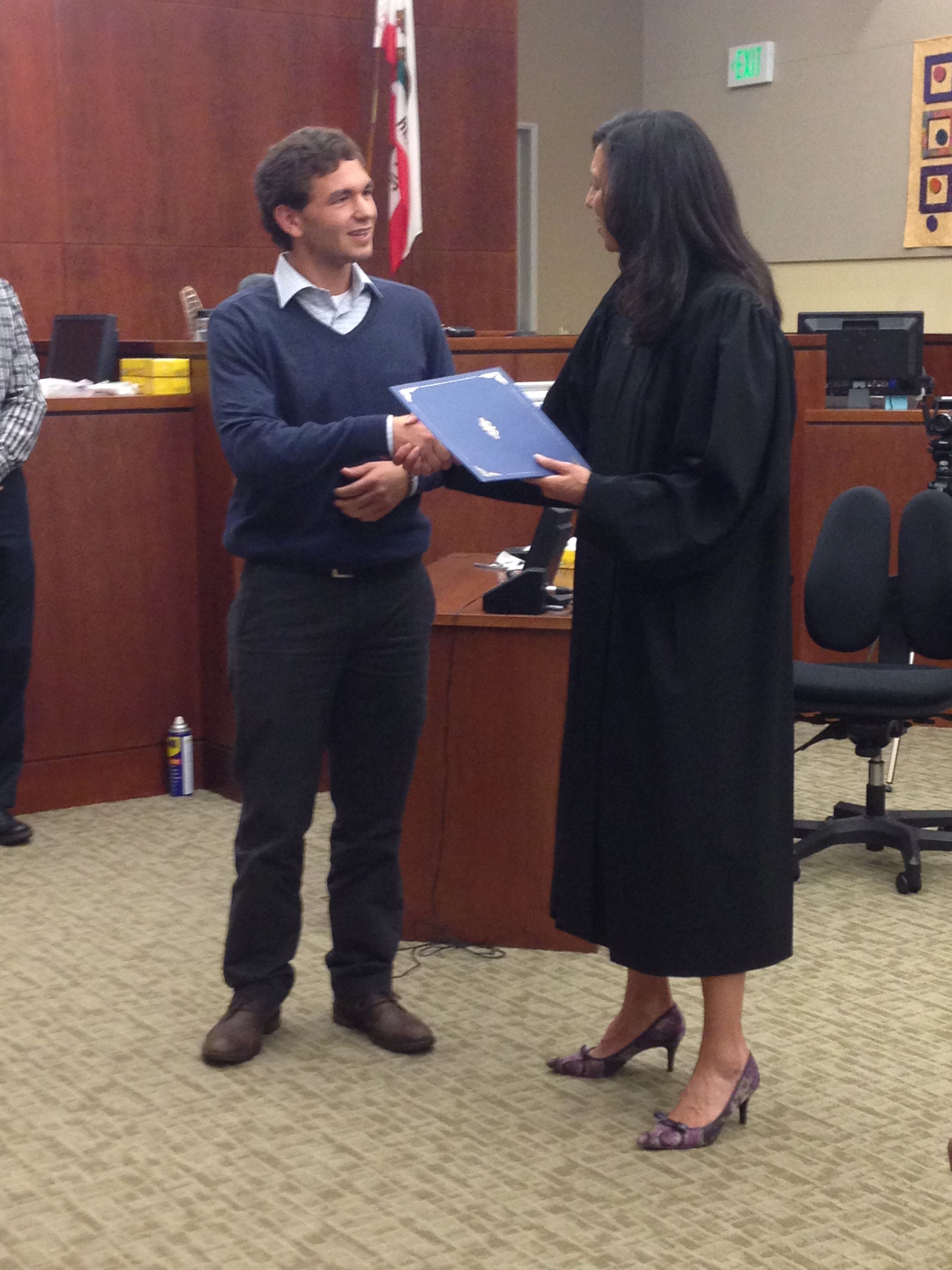 Natty, one of CASA’s youngest Advocates at age 25, fills one of CASA’s greatest needs as a positive male role model for boys.  In October of 2015, Natty was matched with 7-year-old “Hector,” who had been in foster care for two years.  “I remember the first couple of times we met, Hector wanted to hang out at his home, so that’s what we did,” said Natty.  “As he got more comfortable with me, we branched out.” Natty could see that Hector was still deeply troubled by the turmoil in his birth family, and would act out with his foster family.  Hector’s foster family was committed to Hector and his sister, and Natty spent time with the father, offering encouragement and working together to help Hector adjust.  Hector was behind in school, and Natty and the foster parents collaborated as part of a school support team.  Natty was an integral part of that team, and attended meetings at Hector’s school to ensure he was getting the academic support he needed.  Natty’s close relationship with Hector enabled him to write strong court reports, and be a voice for Hector at court hearings. Natty and Hector’s foster parents worked with Hector to become physically healthier.  “Hector struggled with food choices, and wasn’t getting the exercise he needed,” said Natty.  “So we played a lot of soccer, I got him interested in basketball, and now he chooses to be outside and active.”  Natty said it was a great day when Hector told him, “Instead of eating chips, I’m gonna start eating bananas.  Much healthier!” Mostly, Natty became Hector’s friend.  “These kids just need someone who actively wants to be their friend – just because,” Natty said.  “I’ve had so much given to me in my life that our CASA kids don’t have.  I’m happy I can provide that friendship to Hector.  And I’ll be with him until the end.  He’s my buddy – I’ll never leave him hanging.”