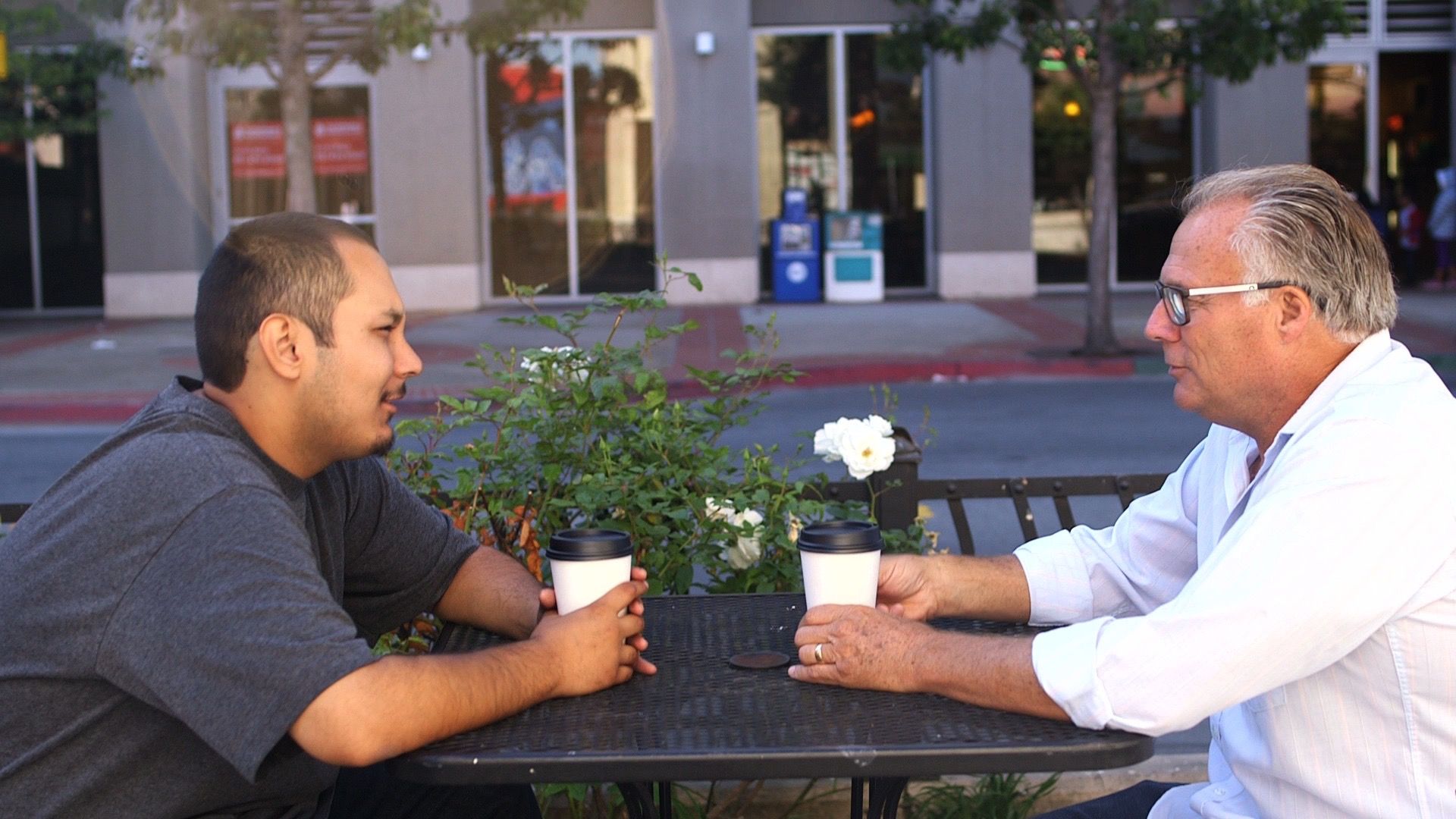 By the time he was 13 years old, Joseph had experienced more loss and trauma than most people experience in a lifetime.  With an absent father, the death of his mother and, very shortly afterward, the death of HIS aunt who was caring for him, Joseph entered a group home.  With no parental support or guidance, he became involved in gangs.  At that time in his life, it was hard for anyone – including Joseph himself – to imagine a better life. However, in the summer of 2009 something positive did happen in Joseph’s life.  He met Larry Willis, the volunteer Advocate he was matched with.  As Joseph’s social worker said, “This was just what Joseph needed.  Larry was matter-of-fact, and talked directly to Joseph.  He always seemed to understand just what Joseph needed.  They had a perfect balance.” That “perfect balance” was not always perfect, as Joseph and Larry can attest to.  Joseph said, “I probably was in and out of high school 15 times.  Sometimes I didn’t last more than a week.”  Larry quipped, “A week? Sometimes you barely lasted a day!” But Joseph persevered – and Larry stayed with him.  Joseph eventually moved to Sacramento with his girlfriend, where he finished high school.  Joseph would attend his court hearings over the phone when Judge Denine Guy was on the bench.  Through it all, Joseph and Larry stayed in touch.   Larry would drive up to Sacramento once a month to spend time with Joseph, who began working full-time as a security guard. Joseph “aged out” of the dependency care system in June of 2015, at the age of 21.  Larry continues to be a solid support for him and as Joseph moves forward in creating the life he always dreamed of, Larry remains by his side.

[To view a video of Joseph’s story, in his own words, visit CASA’s web site at www.casaofsantacruz.org.]