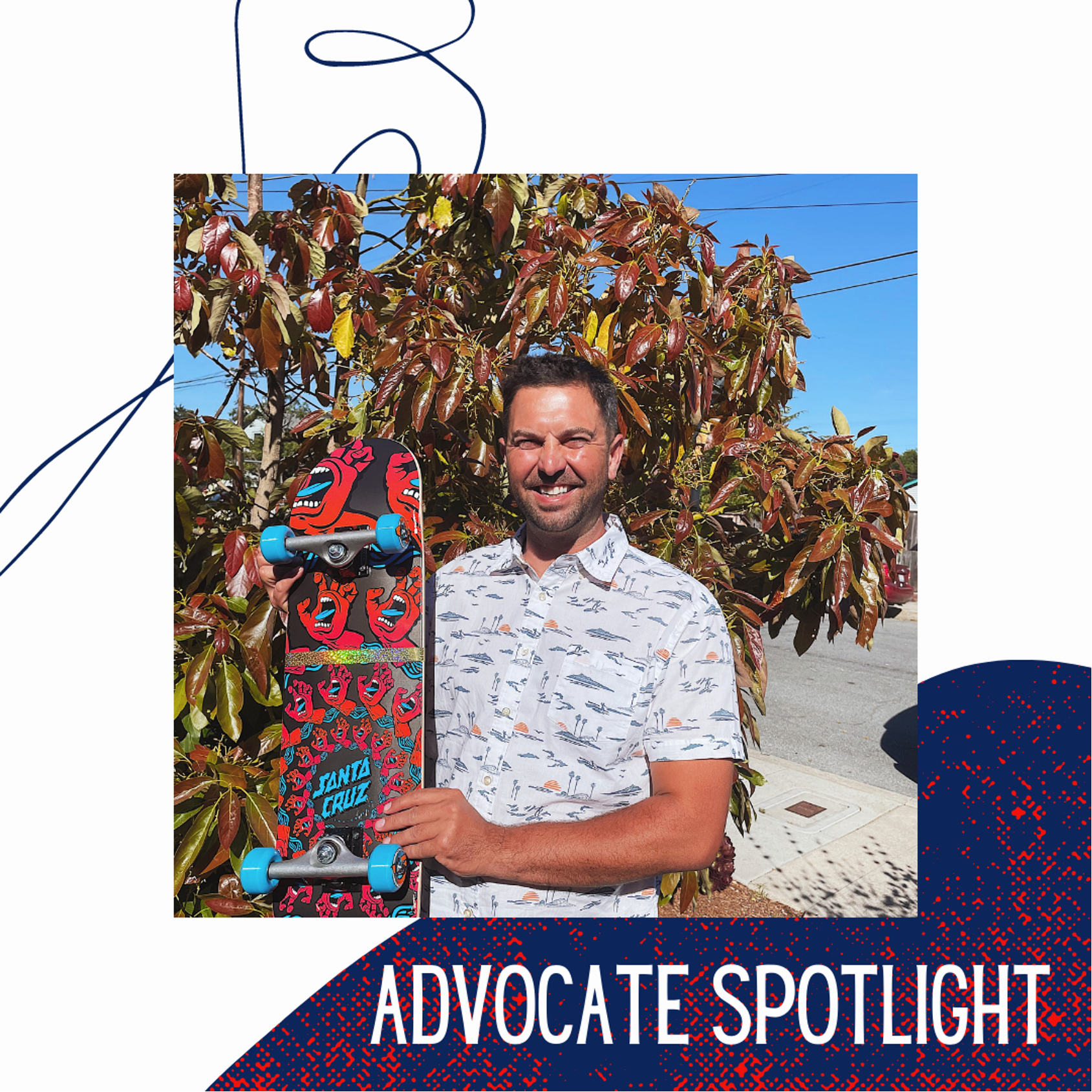 Although Eric was an advocate for only a short amount of time, he was able to greatly impact the life of Sean (fictitious name), an 8 year old boy in 3rd grade. After some time attempting to find the perfect CASA for Sean, Eric was matched with him and became the perfect fit. Eric’s dedication to Sean, as well as his commitment to provide support to Sean’s mom, helped Sean settle into a successful reunification with his mom (read Sean's reunification story here). In addition, Eric conversed with Sean’s social worker, therapist, and resource family, on a regular basis to help understand the best way to support this young boy.

During his time as Sean’s CASA, Eric utilized the CASA Children’s Fund to sign Sean up for skateboarding, basketball, and water polo camps. These extracurricular activities Sean participated in acted as a healthy outlet for his emotions and further strengthened his bond with Eric. Outside of this, Eric was able to maintain his patience and work with Sean when Sean’s difficult behavioral issues arose. Eric would take Sean skateboarding or to the beach or parks. Most importantly, Eric was able to model a healthy relationship with an adult male, something Sean had been missing.

Although Eric is no longer Sean's official CASA, he has continued to support him. He keeps in touch with Sean’s mother and schedules outings with Sean in an effort to stay in his life. In fact, Eric helped celebrate Sean’s 9th birthday party at a local skateboard park. Thanks to the generosity of NHS Inc., Eric was able to gift a newly donated Santa Cruz skateboard to Sean.

We thank Eric for his time and dedication to Sean. He really did turn out to be the perfect fit and just what Sean needed at this point in his young life. In addition to volunteering his time, Eric supports CASA as a Guardian Circle monthly donor! Eric is currently taking a break as a CASA; however, he is interested in perhaps supporting an infant or toddler when the time is right.